Entries for these two Awards close on 31 August. Be in to win.

Special August deals for holders of NZPIF cards now loaded on to the free NZPIF app.  Have you downloaded this yet?  Scroll down to the bottom of this newsletter and download te NZPIF app 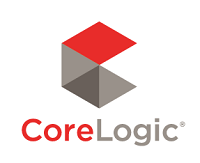 Making sense of it all

Things haven't changed too much from last month. The softening in the property market has continued according to the QV House Price Index, which was released last week.

Nationwide annual value growth has dropped to 6%, the lowest for over two years. The slowdown is most strongly felt in our main centres, led by Auckland with only 5% annual growth and effectively no increase in value since October 2016. The provinces look to be holding on to some degree, with 14% annual growth, however this has consistently fallen away since the start of the year and based on current market activity, my pick is that it'll continue to drop.  Read the full report here. 09 August 2017

The latest Massey University Home Affordability Report shows most regions of New Zealand have declined in affordability over the most recent quarter, as well as over the past 12 months.

The only exceptions are Otago (which excludes the expensive Central Otago Lakes region), which improved by a modest 1.9 per cent over the most recent quarter, and Canterbury/Westland, which showed a 0.5 per cent improvement year-on-year.